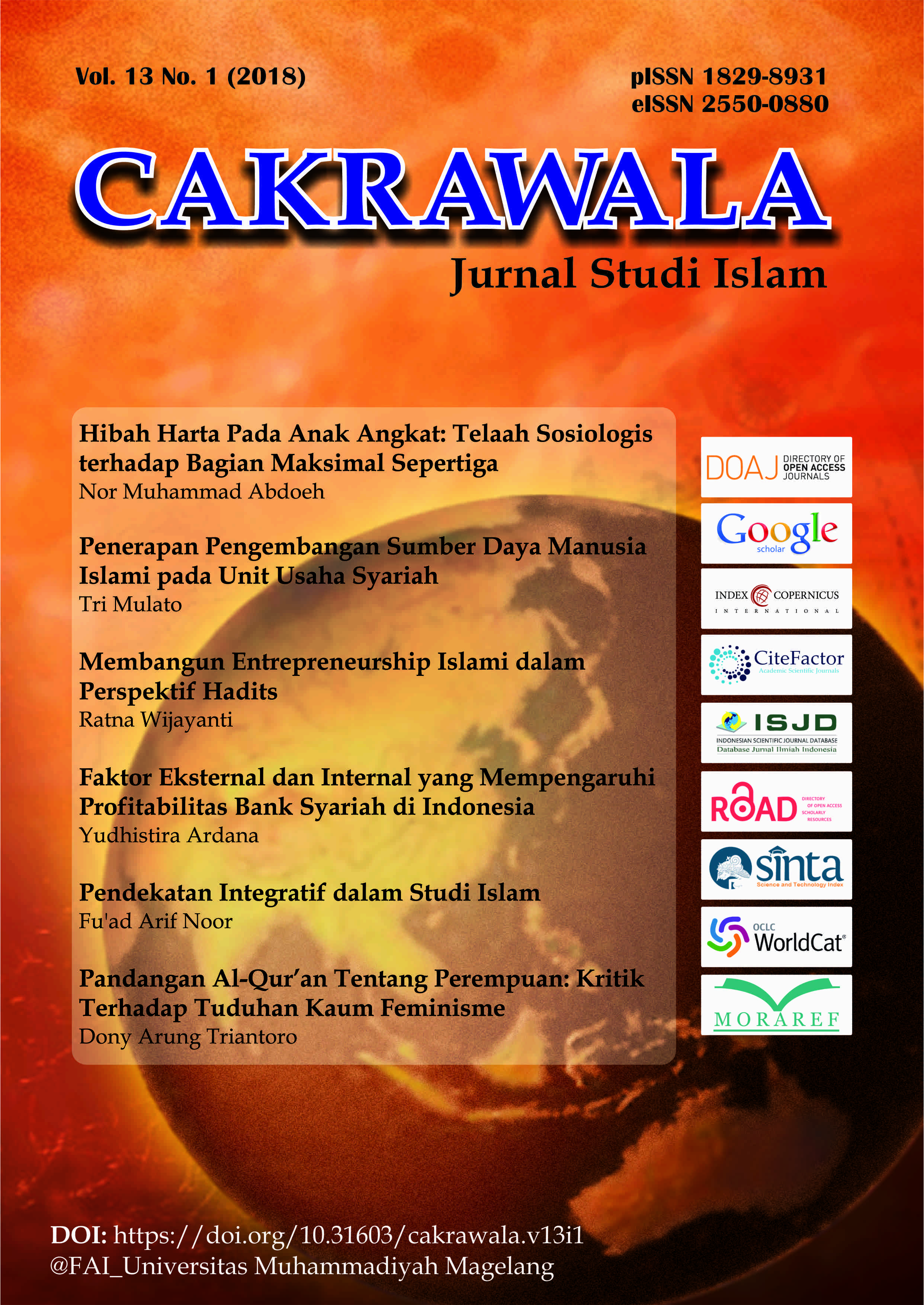 Integrative approaches are studies which employ a method or means of view and analysis of fused and integrated, and integrative analysis can be grouped into two. First, integrative between all texts related to the issue that is being shelled or discussed. Second, integrative between nash with other sciences related to the issue being discussed. Sciences to Islamization is the product of ijtihad scientists (scholars/mujtahid). With the placement of such a level, then the sciences to Islamization is known today is not identical to the revelation. Moreover, it is no secret that the practice of education and instruction in Islam has been too much emphasis on textual sources and truth. So forget about the fact that when the idea of thoughts, ideas and beliefs are transformed into the text-based faith that is practised and operationalised in the field, it will automatically appear different understanding and interpretation. Integration between public science and the science of religion is primarily founded on a tauhidiq system, which puts God as the beginning and end of everything. Due to the belief of monotheism and belief in the values of religion can be born from any science, including the science that had been classified in the general sciences. As an academic community would be a challenge to realise that Islam is mercy all nature, which still thinking about the direction of the benefit of the world and the hereafter. Then it is not something impossible if PTAI someday become a center of knowledge on the condition that there is the commitment to hold a substantial change, including a reinterpretation of Islam, reforming the position of some of the terms of his teaching, through development, reconstructed starting with the deconstruction of Islamic studies, and develop science -ilmu Islam.