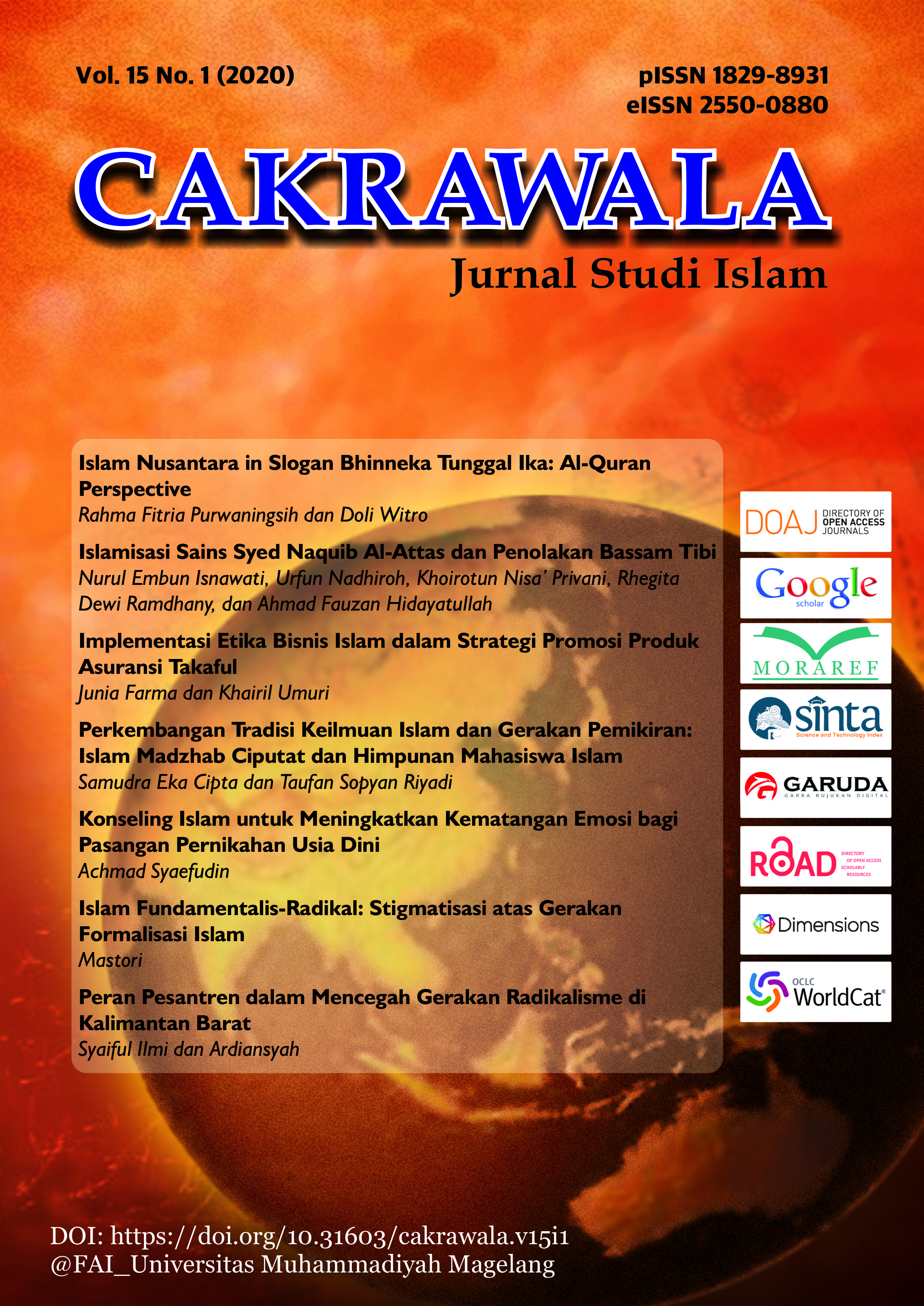 This study aims to analyze the meaning of fundamentalist-radical Islam, its relationship with the Islamic formalization movement, and the political motives behind embodying fundamentalist-radical Islam. The literature review established that the term ‘fundamentalist-radical’ do not emerge from the treasury of Muslim thought rather, it come from the West and is associated with church conflict. Furthermore, this term is used to intimidate Muslims who want to formalize Islam in the order of state constitution. However, Islamic thought and formalization movements have strong historical roots in Indonesia and are capable of globally creating tolerant civilizations, maintaining security, and creating prosperity