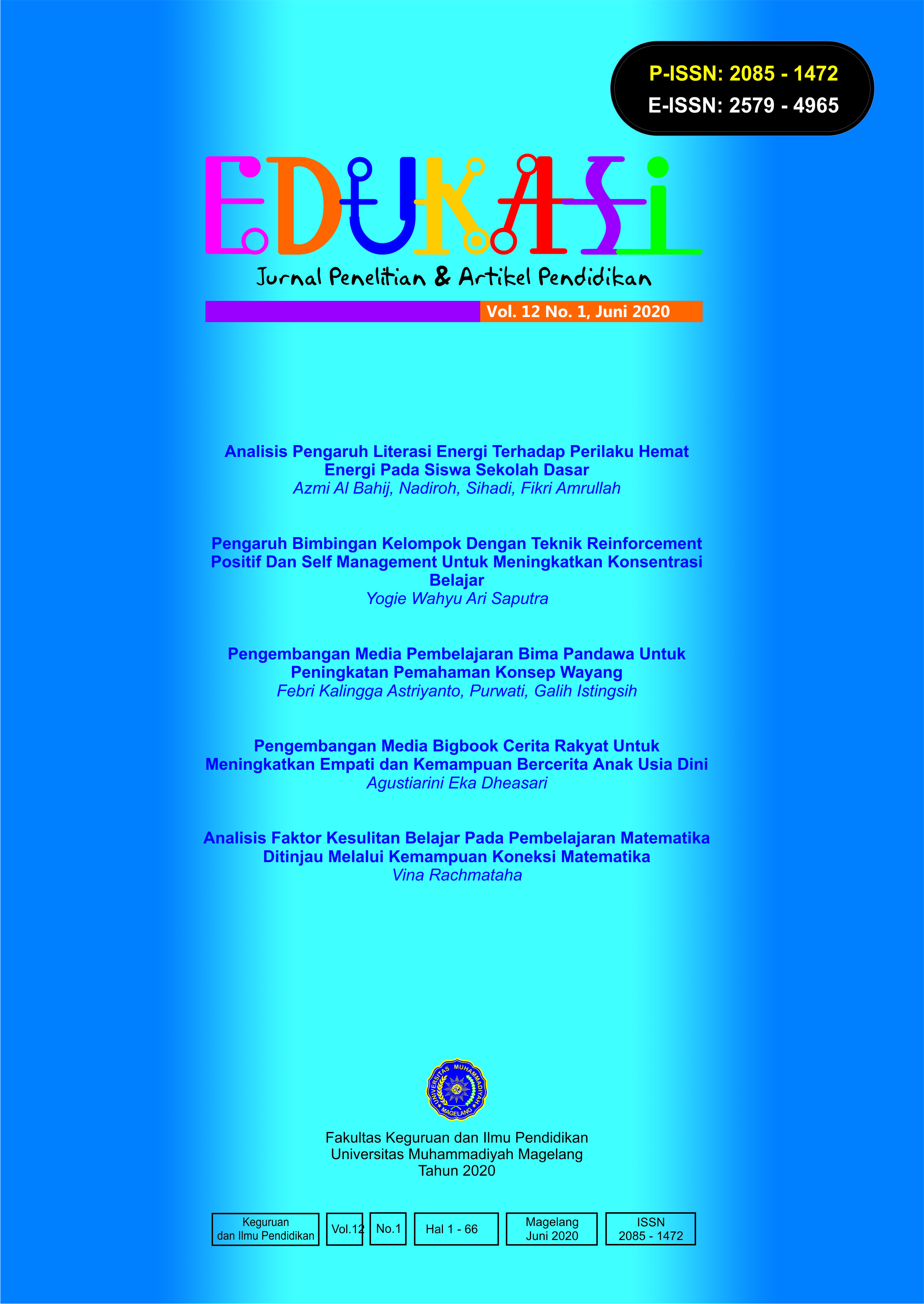 Era of globalization is making energy as a source of primary needs. The condition of meeting Indonesia's energy needs is still dominated by fossil energy and the use of renewable energy up to now has not been able to go according to plan. Government policies and programs on energy conservation aim to use energy efficiently. These efforts can be done through energy saving equipment and energy saving behavior. This study aims to determine the effect of energy literacy on energy saving behavior. This research was conducted at Peninggilan 02 Public Elementary School in October. The total population of the study was 121 students and the study sample used was 121 students. The method used is quantitative survey. Retrieval of data in this study using a questionnaire. The results of this study obtained an R square value of 0.243 or KD = 0.243 X100% = 24.3%. This can be interpreted that Energy Literacy has an effect of 24.3% on Energy Saving Behavior. While 75.7% is influenced by other variables that influence the energy saving behavior.