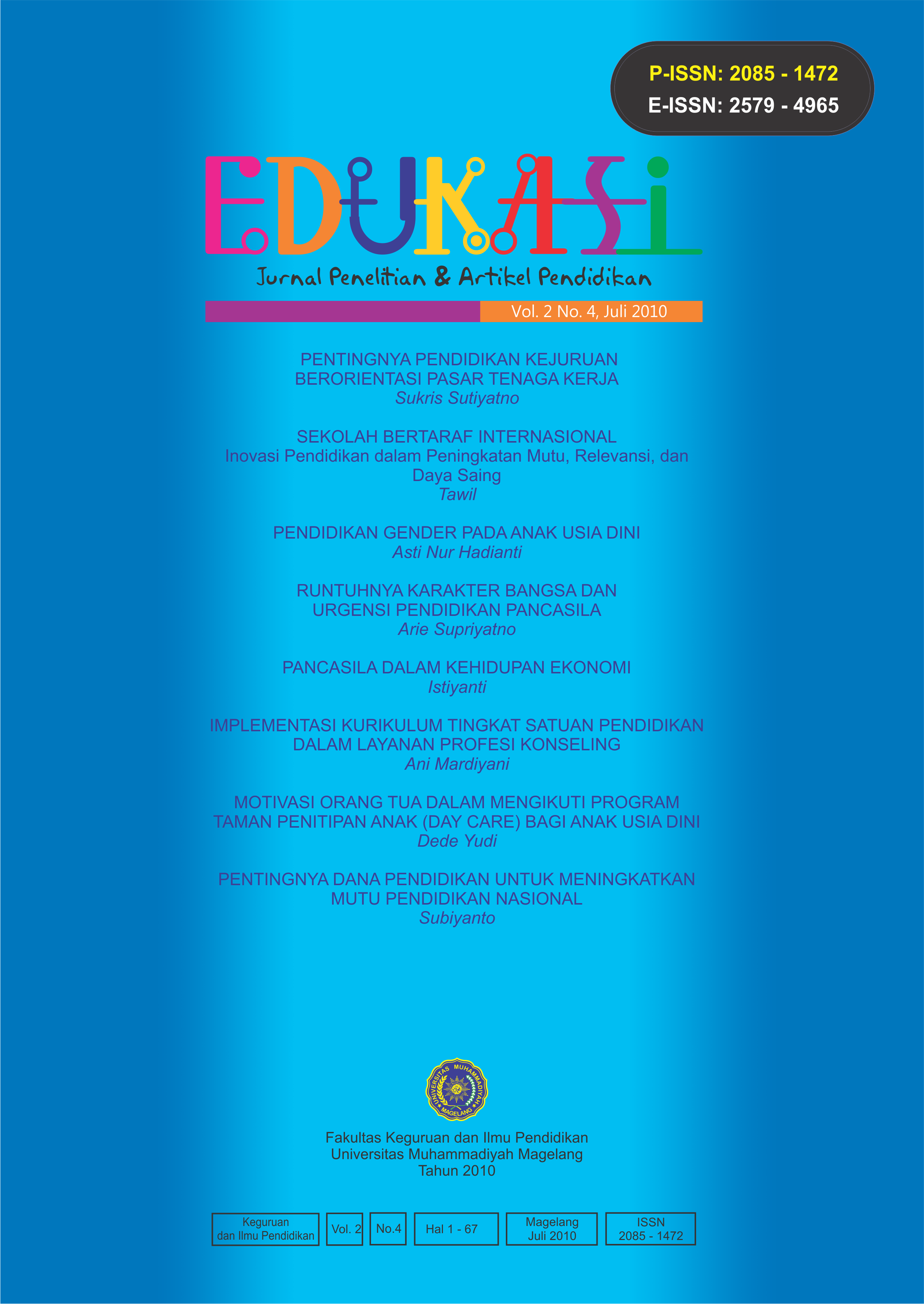 Depravity of a nation can take place because it was reduced to a sense of nationalist consciousness of citizens themselves. There are several factors that affect the nation’s moral decay such as the presence of foreign cultures into the Indonesian state is easily accepted by the citizens themselves; Economic factors: The lack of a sense of harmony within the individual. Nation’s moral decline in Indonesia can return to purify the return values of Pancasila which has been tarnished by the dictatorships of the New Order era. As a result of such uncertainty is to discourage the meaning of Pancasila as the ideological glue of unity of the nation, and as a means to foster confidence in the nation’s other states that will be associated with Indonesia.