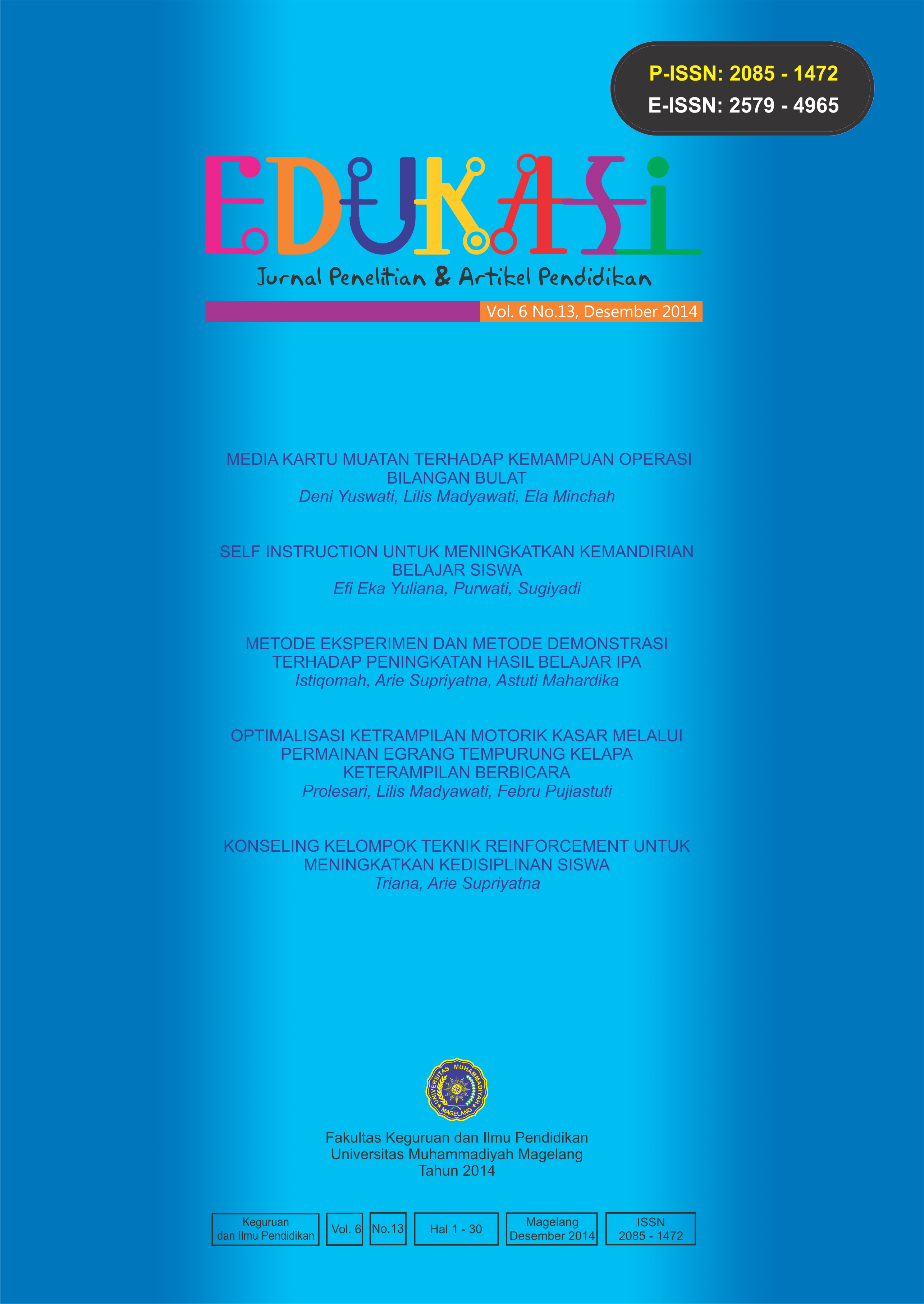 This study aims to determine the effect of the charge card media capability integer operations on children. This study uses a quantitative-experimental research design. Experimental research design was used to search for a specific treatment effect against the other under controlled conditions with the design of front-end test in one group (one group pretest-posttest design). Data collection method is using the test. Data analysis using nonparametric statistical techniques, namely Test-Wilcoxon Signed rating.
The results showed that there is a charge card media influence on the ability integers State Primary School 2 Pulosaren coasters District of Wonosobo. This is indicated by the differences in the results of integer operations capabilities by size between before and after treatment in the form of a charge card media. At the initial measurement initial measurement obtained score average 46.33, the value of a minimum of 30, maximum of 65. Furthermore, after being treated in the form of a charge card media and measurement of return earned an average score of 82.67, the value of at least 70, and the maximum value 100. Hypothesis test obtained Asymp value Sig (2-tailed) was 0.001 <0.05 and a Z score of -3.451 so that the hypothesis which states: “the media charge cards affect the ability of integer operations at State Elementary School Lesson 2 Pulosaren, “unacceptable and unsubstantiated.