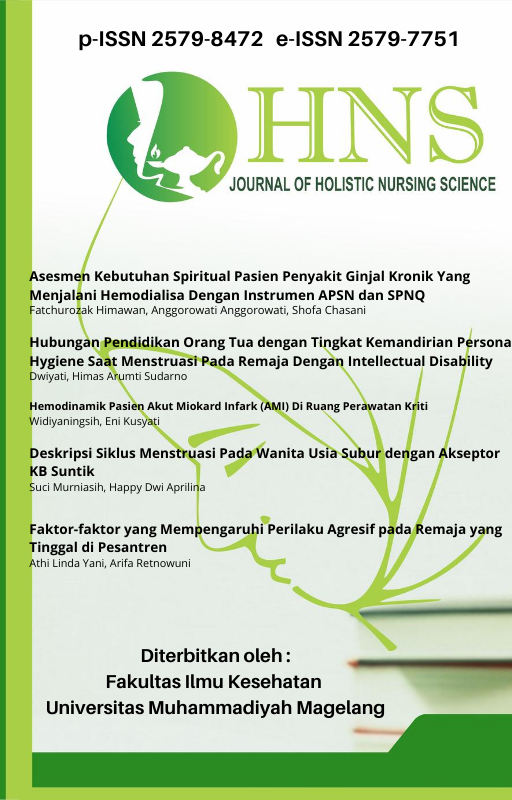 Adolescence can be said to be a period of storm and stress, which is characterized by disequilibrium or imbalance of attitudes and emotions, which makes adolescents easily change, fluctuate, and uncertain. Adolescence is also a period of transition where at that time it was necessary to adjust from childhood to adulthood. Adolescents who have not been able to solve the problems experienced will lead to prolonged conflict, the inability to face existing problems can cause frustration and bring up aggressive reactions. The purpose of this study is to find out the factors related to the aggressiveness of adolescents who live in the boarding school. This study uses a descriptive correlation design using a cross sectional approach. The study was conducted in Islamic boarding schools with a sample of 150 santri. The sampling technique used was proportionate stratified random sampling. The measuring instrument used is a questionnaire that has been tested for validity and reliability. This study uses univariate and bivariate analysis using chi-square test. The results of the study revealed that there was a significant effect (P value <0.05) between parenting (p value = 0.000), and the aggressive behavior of adolescents in boarding schools. And there was a significant effect (P value <0.05) between peers (p value = 0.003), with the aggressive behavior of adolescents in boarding schools. The environment has a large influence on adolescent behavior. With the imitation process they learn to do the same thing as they can witness with their aggressive behavior.