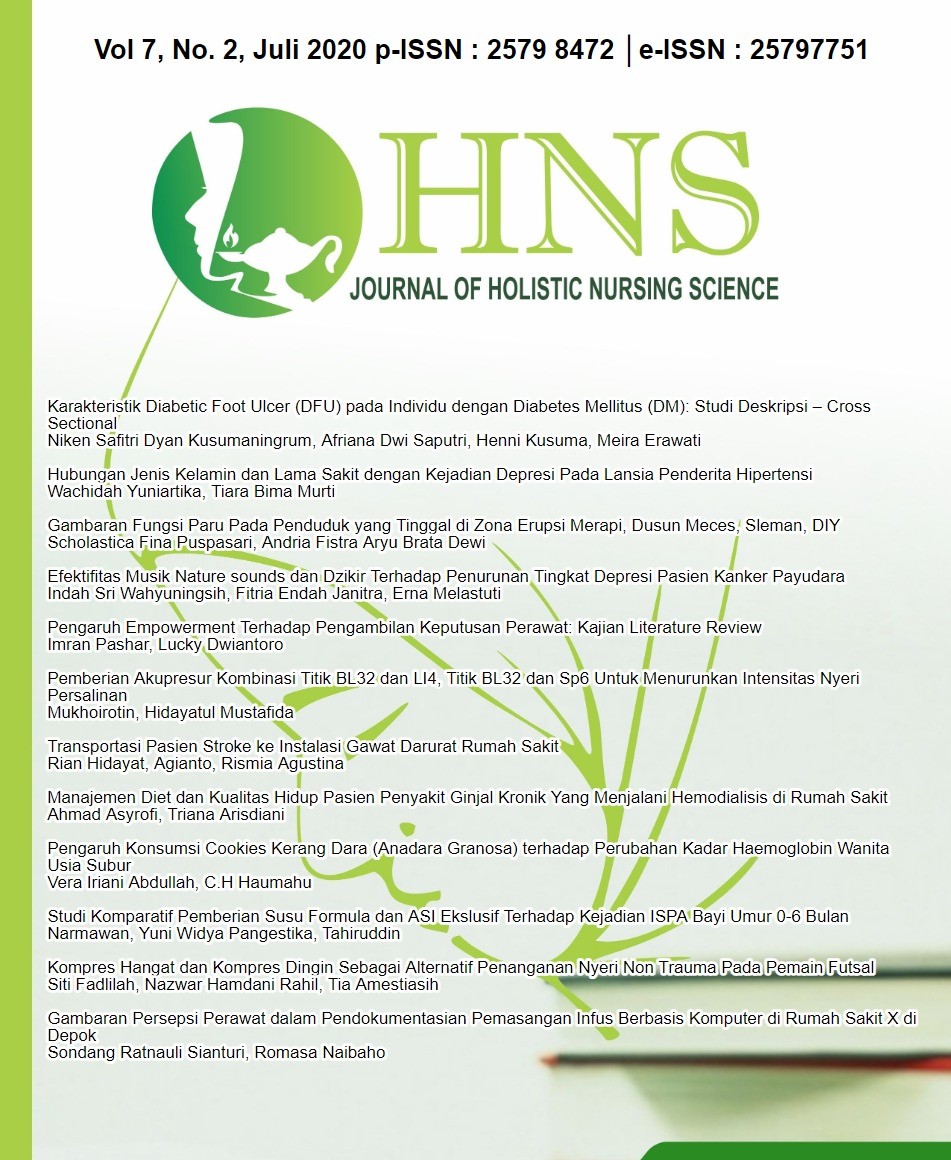 The prevalence of stroke in Indonesia increased from 7.0/mile to 10.9/mile. The facilities and infrastructure become a national problem especially in the health sector. The initial 3 hours of a stroke is the time span for treatment and help to obtain optimal results. Objective: The purpose of this study was to determine the transportation of stroke patients to the emergency department at Ratu Zaleha Martapura Hospital. Method: This research was analytic descriptive with cross sectional approach and consecutive sampling technique was used to get 30 samples. The study was conducted from October to November 2019 using a questionnaire. Data analysis included frequency and percentage tables. Results: The results showed that 46.47% of respondents used non-ambulances, 73.34% of the reasons were free, 53.33% of medical devices in their modes of transportation were not available, 56.67% of respondents stated that the travel time to the hospital was ≥165 minutes, 50% during the transportation process was not accompanied by a health worker, and for the distribution of locations was the most in the District of Martapura as much as 26,67%. Conclusion: Many stroke patients who were taken did not use ambulances, many were used for free reasons, the majority of medical devices in the mode of transportation were not available, most patients took more than 3 hours and when referred were partly not accompanied by a health worker and the majority of patients were from Martapura District.

This work is licensed under a Creative Commons Attribution 4.0 International License.