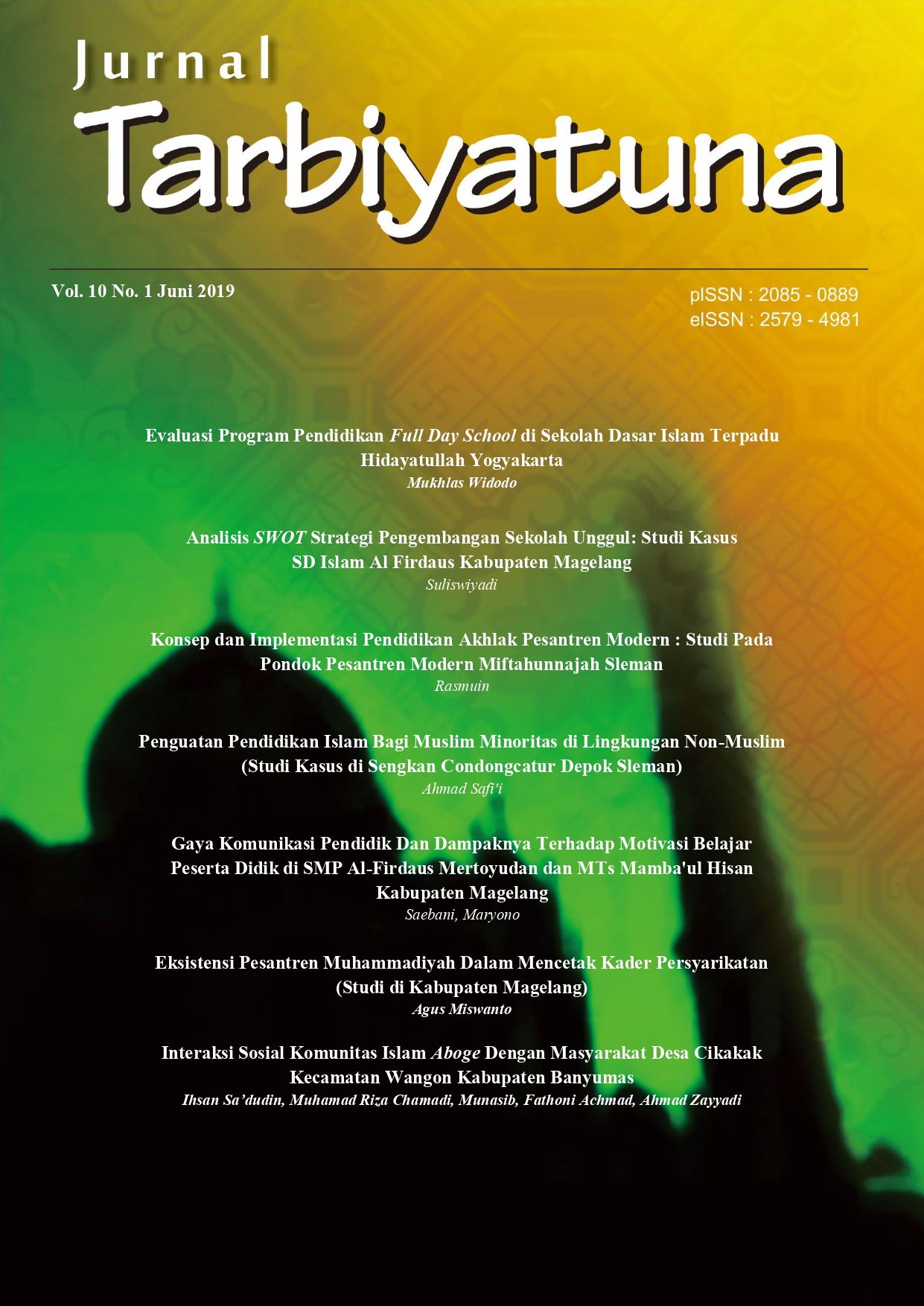 The Indonesian nation is indeed in a situation that is not good in relation to the declining character of the nation's generation. The existence of formal education institutions which are expected to shape the personality of students as good members of society turns out that they have not been fully able to form a generation that has character and noble character. The emergence of modern boarding schools that combine formal education and boarding school education is expected to bring fresh air in an effort to minimize the adverse effects caused by the swift currents of globalization. This research is a qualitative field research conducted by choosing phenomenology as its approach. Data obtained through observation, documentation and interviews. The analysis was carried out using data reduction techniques, data display, triangulation and conclusion drawing or verification. From this study, information was obtained that the Miftahunnajah Modern Islamic Boarding School had a good concept in santri moral formation. This concept includes at least six important aspects, namely noble moral material whose main source comes from the Qur'an and Hadith, moral education goals, moral formation programs, moral reference material, teacher and student qualifications. Two important points in the process of noble moral education are carried out integrally, namely teaching and habituation. Cognitive aspects are obtained through teaching in the classroom while habituation by directly applying the knowledge gained in the daily activities of the santri.