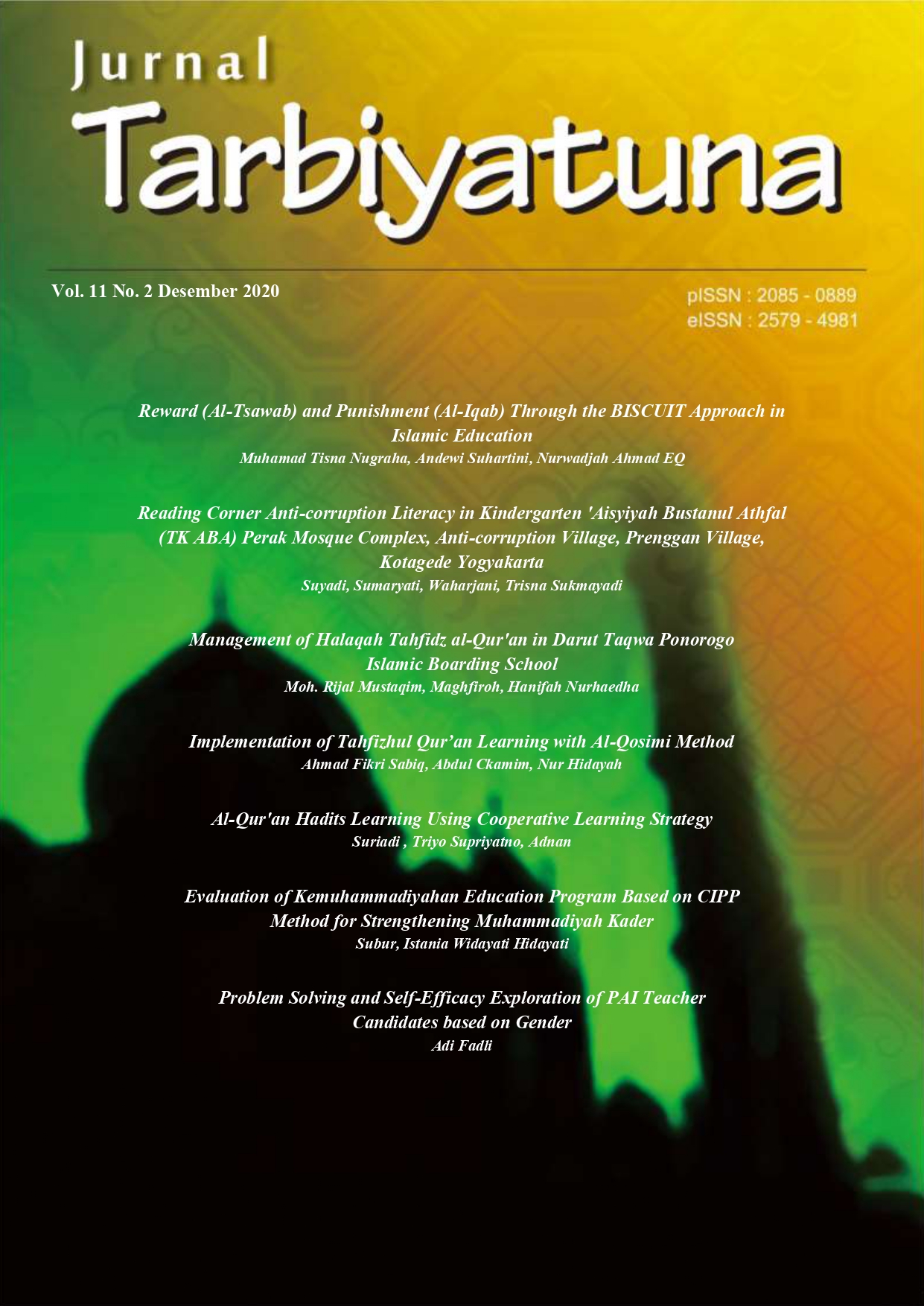 Soft skills ability as a result of learning is very important for prospective teachers, including self-efficacy (SE), and problem-solving skills (PSS). However, based on previous research, it is revealed that the development of students’ SE and PSS tends to be neglected so that it affects the low ability of students' SE and PSS. The aim of this study is to investigate the level of SE, and PSS of pre-service Islamic teachers based on gender perspectives. A total of 150 pre service islamic teachers (60 male and 90 female) are taken as research sample with cluster and snowball random technic. The research design used a survey with focus group interviews. Survey data were analyzed using the MANOVA test at the significance level of  0.05, and interview data analysis using Patton technique. Some interesting findings include (1) There is no difference in PSS of PAI teacher candidates in gender perspective; (2) It was found that there were differences in the self-efficacy of pre-service Islamic teacher in gender perspective; and (3) The findings of the survey results were strengthened by the results of interviews which revealed that there was no difference between male and female students' PSS abilities, but SE of female students was higher than male students. The research conclusion is that there are no differences in student PSS based on gender, but there are differences in student SE based on gender.