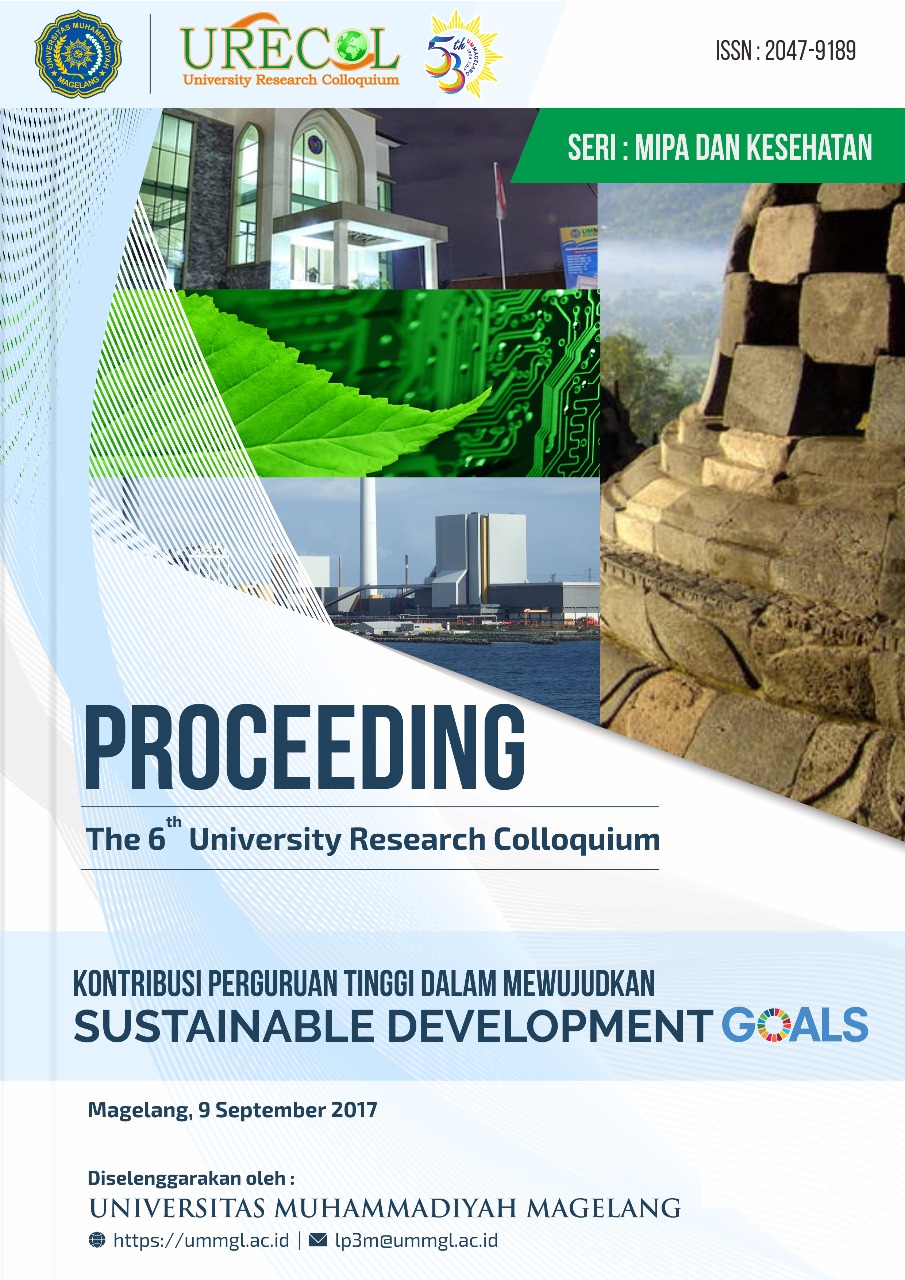 Pain is an uncomfortable feeling condition caused by a certain stimulus. Stimulus pain can be a stimulus that is physical, as well as mental. One of the biggest fears of cesarean section clients is pain. The surgical pain of the surgical client increases with the decrease of the anesthetic effect. Pain management methods include pharmacological and nonpharmacological approaches. Non-pharmacological approaches one of them is by distraction that is by diverting attention, one of them is by murottal therapy, (listening to recitation of holy verses of Al-Qur'an) listening murottal can give very effective result in effort to reduce pain post operation of client. The purpose of this study was to investigate the influence of murottal therapy on client pain after post-surgery cesarean section. This study used quasi experimental design with pre and post with control group, each group consisted of 20 respondents. Data were analyzed by univariate and bivariate, the sampling method was by quota sampling technique and the number of respondents were 40 respondents. The results of the analysis showed prior to murottal therapy most of the respondents on the pain scale 6 as many as 16 people (40%). After doing murottal therapy most of the respondents on the pain scale 4 as many as 14 people (28.6%) which means there is a significant influence murottal therapy on postoperative pain client seksiosesaria in RSI Sunan Kudus. (Α = 0.000). The results of this study can be an input for nurses to make distraction as one of the independent nursing interventions and include in the postoperative patient management protap.