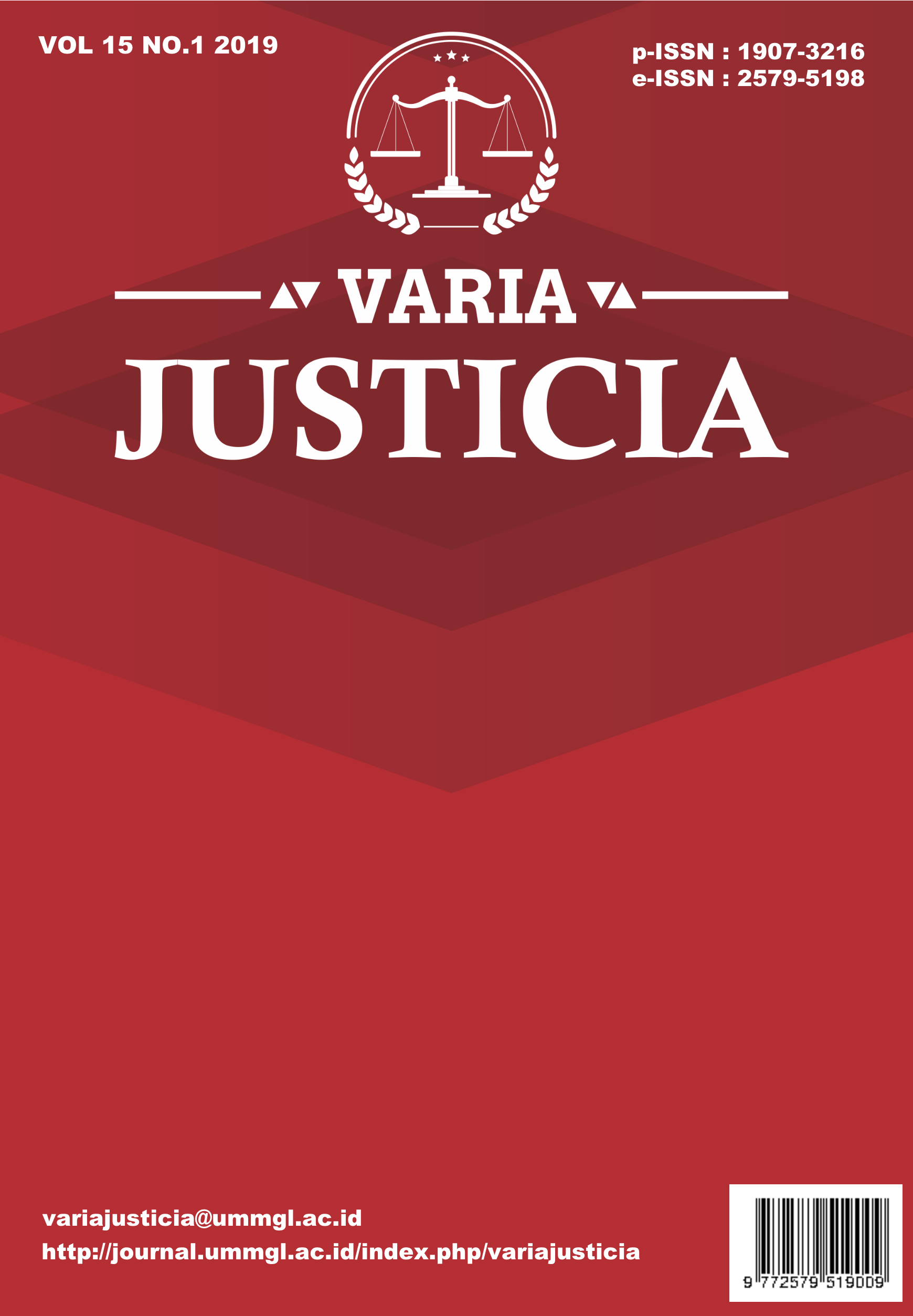 This study aims to analyze the implementation and identify the obstacles to control of street vendors (PKL) by the Civil Service Police Unit (Satpol PP) in Temanggung Regency. This research was conducted with a qualitative approach through in-depth interviews with Satpol PP Officers. Secondary data was obtained from legal materials consisting of Regulation of the Minister of Home Affairs Number 54 of 2011 concerning Operational Standards for Civil Service Police Procedure and Regional Regulation of Temanggung District Number 12 of 2011 concerning Cleanliness, Beauty, Order, and Environmental Health. The data analysis technique used in this research is descriptive qualitative. The results showed that controlling the street vendors conducted by Satpol PP was carried out through several stages, namely 1) coaching and socialization; 2) issuing warning letters, and; 3) demolition of merchant stalls. This control effort has not been able to reduce the number of street vendors who break the rules. Constraints faced in the efforts to control street vendors, among others: 1) the rules which are used as the basis for control are still general in nature; 2) there is no specific location for the existence of street vendors; 3) sanctions are regulated only in the form of criminal sanctions; 4) human resources/personnel of Satpol PP are still lacking; 5) lack of coordination across Regional Apparatuses, and; 6) public awareness (PKL) is still low. Thus, Temanggung District Regulation Number 12 of 2011 concerning Cleanliness, Beauty, Order, and Environmental Health has not been effective in generating PKL compliance with regulations.